Focusing on new leaders in the first 100 days can yield an enormous Return on Investment.

Focus on a leader’s first 100 days when changing roles may be the most effective approach possible to leadership support and development. The leader is full of energy and ideas, and the team knows that things are likely to change: the world is full of promise. The leader needs to prove themselves and is in learning overdrive. Fulfilling that promise by supporting the drive to learn is a good use of resources.

There are many good arguments for why support for leaders changing roles makes good business sense:

A global sample of 20,000 executive searches showed that 40% were out of the job within 18 months. Things didn’t work out. The various research articles available show a failure rate between 20-60%. It is safe to conclude that up to 40% underperform.

At the same time the leader is anxious to prove themselves. Anxiety can cause a narrowing of focus, some self-isolating and a tendency to reach for tried and tested solutions. This in contrast to what the leader should doing, like building relationships and reflecting over how to navigate their new surroundings.

A search of databases in Europe and the US leads to the conclusion that employees, including leaders, change roles approximately every 4.5 years. Younger people move more often, every 2 to 3 years. Older employees change every 6 to 8 years.

This means that 20-25% of leaders are changing roles every year. A programme that supports each of these leaders in their first 100 days lifts the performance of up to ¼ of the organisations leaders every year. That aggregates up to a major benefit for the organisation.

Despite the growth of onboarding programmes over 70% of leaders that change roles report that they feel they have been left to their own devices. Since about ⅔ of role changes are internal, onboarding programmes only help a minority of leaders. Such programmes are also very practical and provide minimal support to the leader in setting and achieving targets with their team, mapping team member’s competence, building the relationship to their boss etc.

Organisations can also hold back from helping leaders in fear of sending the wrong signal. The leader has been selected after a rigorous process and is now responsible for their area. They should be given the freedom to do their job. Offering help may be viewed as an expression of doubt in the leader’s ability.

Helping a new leader is their boss’ responsibility. Bosses care and want to help but work-life is so busy, and they have just spent so much time finding the new leader. The temptation to move on to other pressing tasks is very strong.

Invest in the first 100 days, not better selection

Organisations spend a lot of time and money selecting candidates. Many organisations have e-recruiting systems, use personality or cognitive tests, and have implemented better interviewing techniques. There is little mileage in further improvement but that is where organisations often continue to focus. Why not accept that recruiting will always be a bit hit-and-miss and rather focus on getting recruits to perform in practice?

The limited research we have shows that focus on the first 100 days cuts the error rate to 10% and halves the time for a leader to become productive. One survey showed that about 80% of employees say that leaders defined as ‘recruiting errors’ would have succeeded if supported appropriately from the start.

The return on investment is enormous

The business case for supporting a leader’s first 100 days is a combination of avoiding the downside of up to 40% underperforming + fulfilling the potential that lies in the situation where a leader changes role.

Let us take the example of an organisation with 1200 employees. In an organisation of that size there will normally be about 100 leaders with personnel responsibility (the average reporting span is about 1:11). It can be expected that 25 of these leaders change roles each year. Let us assume in this example that 40% of them fail, i.e. 10 leaders.

The direct cost of losing and replacing a leader is accepted to be about 2 years salary in recruiting, training and severance costs. If leaders earn €80,000, 10 failures cost the organisation €800,000 each year. Hardly any organisations are aware that they are incurring this cost.

The indirect costs of the poor decisions and reduced motivation that follow poor leadership are considerably higher but difficult to estimate.

Support doesn’t only avoid cost; it also helps the leader and team realise the potential of a leader with energy and ideas and a team expecting change.

Warning: the upside in this example is strikingly high, so follow the logic closely!

The investment in focus on a leader’s first 100 days is modest. The organisation could buy a digital coach that sets the frame for what is best to do when. In addition, the HR function, the leader and the leader’s boss would each have to invest a few hours making the most of the approach. These costs are very modest in comparison to the potential benefit. The return on investment should be more than 100 x.

HRtechX will run a masterclass on January 12th on identifying and developing the leaders of tomorrow. If you want to hear more about how actively supporting a leader’s first 100 days in a new role is one good way of developing leaders, please register for the masterclass!

The 2020 Covid-19 pandemic starkly revealed fundamental deficiencies in health care delivery around the world, including endemic racial disparities, the fragility of supply chains, the vulnerability of staff, and the depth of uncertainty about both a novel disease and our own systems. 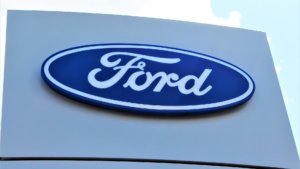 Organisations will thrive when all staff feel valued — and their ideas are implemented. 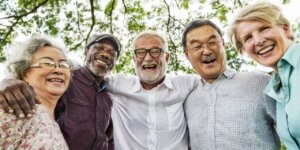 Leading an Agile Organization with an Efficiency Mindset 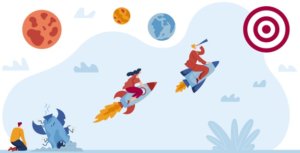 How To Dream Small And Accomplish More