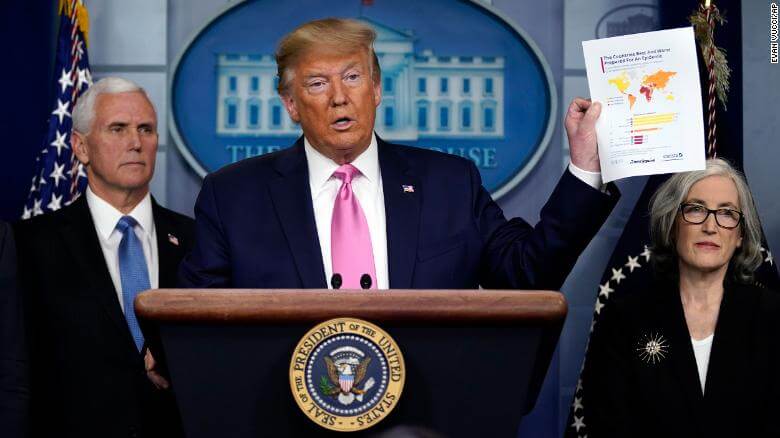 Every American, regardless of their politics, should wish President Trump and the First Lady a speedy and full recovery. But every person, regardless of their view of the President, the pandemic, and the intersection of the two, should also recognize one simple fact: Trump’s testing positive for the coronavirus illustrates his greatest weakness…

The choices he makes as a leader.

When President Trump announced via Twitter that he and the First Lady tested positive for the deadly virus early Friday morning, the political universe exploded. The market sunk. And the nation and world not only shook with alarm, but also with deep worries about what comes next. The infection of the most powerful person, who also leads the most powerful nation on the planet, isn’t just about one person’s hospitalization and recovery. It also isn’t about the relentlessness of a deadly virus that has killed over 1 million people worldwide, including over 208,000 Americans.

Trump’s political response to the pandemic is well known, so it’s not necessary to reiterate the details. His political statements, his response to his critics, and his efforts to downplay the risks of infection are all well-worn stories. Trump didn’t get infected by the coronavirus because he is a bad politician, or because he has bad policies – those are matters that can and will be debated. He became infected with a life-threatening virus because he made bad leadership decisions.

And that is the cautionary tale for all Americans, regardless of whether they are Republican or Democrat.

The litany of bad leadership decisions that Trump made, and that led him to this moment, is both basic and profound.

The President failed to listen to, and communicate to his followers, actual information and data that could have helped limit the spread of the virus, both across the nation, as well as in his inner circle. According to released audiotapes of his conversations with journalist Bob Woodward published by CNN, Trump knew the virus was deadly and contagious. Yet Trump also didn’t make the connection that he too was at risk, telling Woodward when asked if he was worried about contracting the virus: “No, I’m not. I don’t know why I’m not. I’m not.” Following the experts, understanding and accepting their advice, and communicating precaution to others is what good leaders do — they listen to the signals and they adapt their strategies to new realities in order to mitigate risk

The President minimized the benefit of wearing face coverings, despite the overwhelming evidence that they do slow the spread of the virus.  As a result, Trump didn’t model the kind of behavior that would reduce the risk of getting the virus, so many of his key advisors and followers didn’t wear masks either — even at “superspreader”events when they were in close contact with one another. Now, several members of his inner circle, including Hicks, campaign manager Bill Stepien, and close advisor Kellyanne Conway have all tested positive. Leaders display leadership not only by what they say, but what they do.

The President, who is enamored with the campaign rallies and showmanship that comes with them, didn’t want to slow the pace of his rallies. In fact, after one of the President’s senior aides, Hope Hicks tested positive Thursday morning, Trump nonetheless travelled to New Jersey for a fundraiser that day even though some aides knew of her test result. Leaders, despite their desire to persevere and do the things they want to do, need to adapt to different risks and make different sacrifices based on new information.

Ultimately, however, the impact the President’s infection has on his leadership of America is what might be the most troubling. With coronavirus cases surging in 33 states since late August, hospitalization suddenly surging and the economy sputtering, America is in desperate need of leadership. Americans need to feel secure in the wellbeing and strength of their leaders. Leaders understand that the good of their organization, the good of their followers, and even the good of those who don’t follow them, must always come first. They take extra precautions and make extra efforts to respond to the gravity of the risks around them so they can continue to lead.

Which is why, in the end, Trump’s infection with the coronavirus isn’t about politics. It isn’t about real medical data or fake news, and it isn’t about the right or wrong side of issues.

Trump’s infection with the coronavirus is a cautionary tale of when disastrous consequences happen as a result of disastrous decisions. Decisions, like elections, have consequences, and a series of seriously bad decisions can have sickening consequences for all leaders, regardless of whether they are leading a small team or the greatest nation on the planet.

Yes, President Trump may have tested positive for the coronavirus because he contracted it from someone else. But ultimately, he tested positive because he failed the most basic tests of leadership. Proving (and warning) once again one of history’s greatest and most persistent lessons… 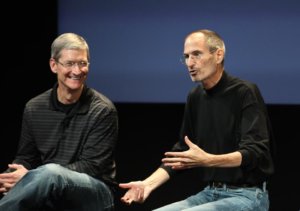 Unlike Steve Jobs, when managers nominate their successors, they often end up with a “mini-me”. 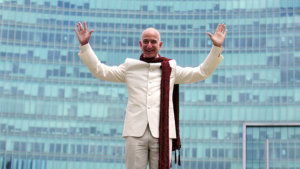 We are in the midst of a global pandemic but also an ‘integrity revolution’. Companies are expected to be a force for good, not just chasing profits. Those who do not live up to ethical standards are being severely punished by the market. So how does yours measure up? 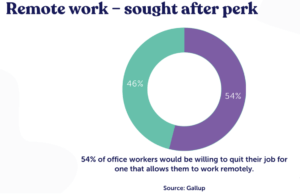 What are employees willing to do for remote work opportunities? 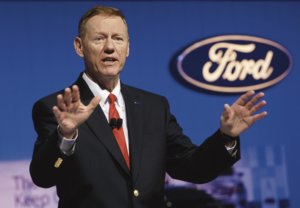 Why Leaders Need To Spend More Time Thanking Their Employees